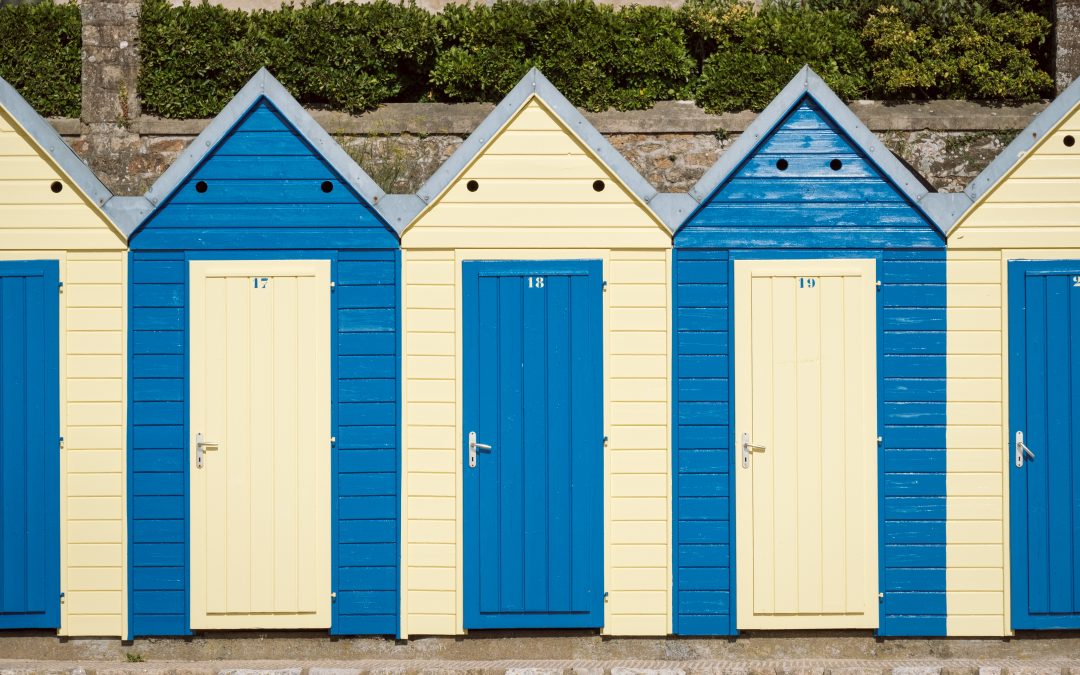 There was a time when a single French man from Brittany owned two-third of San Francisco. Could that explain why there are so many bakeries selling kouign amann! Merci Gilles Lorand of San Francisco by Gilles for sharing this incredible story. 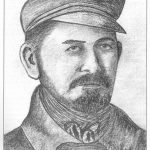 Joseph-Yves LIMANTOUR –also known as “José-Yves”— was born on April 1st, 1812 in Keryado, today a district of Lorient, in Le Morbihan.
As of 1831, like many Bretons, José-Yves Limantour joined the merchant navy. He reached the coast of the Gulf of Mexico where he sold merchandize between Vera Cruz and France. Five years later (1836), after rounding the Cape Horn, he continued his activities from Lima, Peru. As a merchant and ship captain, he explored new opportunities along the Pacific coast, from Valparaiso (Chile) to California.
His Californian adventure began with a shipwreck that could have made him one of the world’s biggest fortunes…

From the Spanish domination in Mexico to the explorers and settlers in California
After the Spanish conquest of Mexico in 1521, the political power was based in Mexico City. The Spanish viceroy had no real control and above all, no means of protecting the northern territories, including the Alta California (now California). Mostly, explorers and merchants were interested in this part of northern Mexican territory.
In 1579, Sir Francis Drake, a British explorer, thinking he had arrived in Monterey, made a stopover in a bay which today bears his name: “Drakes Bay”. European ships, including those of the French explorer, Jean-François Galaup de la Pérouse (1796), anchored along the northern coasts of California. Russian settled in Fort Ross (1812). Further South, Spanish settlers had built Missions (settlement villages) and Presidios (military garrisons).
By 1821, Mexico gained its independence, abandoned the Spanish Missions and Presidios, and opened the territory to rancheros (cattle breeders). And to anyone passing by. The economy was growing… Americans were beginning to settle along the Pacific coast.
From the 1830s, tensions between Spanish and English speakers intensified…

On October 26th, 1841, on his way to Yerba Buena Pueblo –where Portsmouth Square stands today in San Francisco—, Limantour grounded his merchant ship –l’Ayacucho— on a beach at Point Reyes, a few miles north of the Golden Gate. He missed the famous Golden Gate due to the fog.
With his men, Limantour went to Sausalito where he chartered a boat to collect his goods such as silks, perfumes, brandy, equipment and food for the settlers. He finally made good profits from his sales. He stayed in the peaceful pueblo of Yerba Buena for about a year.
In 1842, Limantour advanced some money to the penniless Mexican governor– Manuel Micheltorena– who could not pay him back. As warranty to be paid back, Limantour asked to be granted some land.

One of the world’s richest men is… a breton 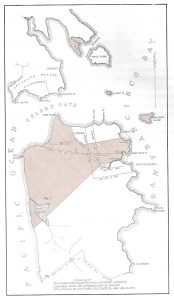 By 1843, Limantour had become an expert as a seafaring merchant along the Pacific coast. He requested a land grant in Yerba Buena from the Mexican Governor. He was granted 4 square leagues of land—17 thousand acres— in exchange for merchandise worth approximately 4 thousand dollars.
It was a very imposing parcel of real estate!
During the Mexican-American war (1846-1848), Limantour offered his services to the Mexican army.

He dealt firearms and ammunition to be used by Mexicans against Americans. Running out of money and in need of firearms, the Mexican governor would pay his debts to Limantour by granting him even more land. Between 1840 and 1850, Joseph-Yves Limantour was granted Mexican land and owned more than 1 million hectares, making him one of the richest men in the world.

Panic in San Francisco!
In 1851, California became the 31st State of the United States of America.
On February 5th , 1853, Joseph-Yves Limantour presented 57 property titles (75,000 hectares) to the Land Commission: 2/3 of the city of San Francisco, the islands of Alcatraz and Yerba Buena in SF bay, the Farrallon islands outside the Golden Gate, the Tiburon peninsula in Marin County, Cape Mendocino, the “Laguna de Tache” (in Fresno), Solano county (located between Vallejo and Sacramento) and the valley of Cienega (Benito County) – (see map above)

In January 1856, after almost three years of trial and, to everyone’s surprise, Limantour’s titles on the San Francisco, Alcatraz and Farrallon islands concessions were validated by the Land Commission. The panic spread among 50 000 San Franciscans (merchants and householders) who settled, lived and worked, since the 1848 Gold Rush, on the land owned by the breton.

Hundreds of settlers “bought back” their land to Limantour who ultimately accumulated a fortune. The American government — who established federal buildings such as the Customs House, a military fort in the Presidio, or the Federal Mint…— was not ready to pay a rent to Limantour and appealed the 1856 decision of the Land Commission.

On November 19th 1858, after two years of a very lively trial, the Commission reversed its former decision. Limantour’s grants were declared unfounded and its titles “manufactured”. Dispossessed, Limantour was charged with perjury and forgery.
Joseph-Yves Limantour went into exile forever to Mexico where he joins his wife, and they lived very comfortably in Mexico City. He prospered and left a large fortune when he died in 1885 at the age of 73.

We will probably never know how valid Limantour’s land claims were. It seems to me that one way or another, the Americans were not going to allow that the most prosperous city in the Pacific Coast in the 19th century stayed in the hands of a foreigner.

So, next time you go to Point Reyes, and I highly recommend it – think of our Breton friend and in his fortunes and misfortunes.

Joan Mitchell: a dazzling retrospective at SFMOMA
Ready to Run or Ready for Fun? Bay to Breakers is Back!!
The Art of Burning Man at OMCA in Oakland
Immersive Van Gogh: from L'Atelier des Lumières Paris to San Francisco
Entwined - A Wonderland of Lights for the Golden Gate Park anniversary
Cypress Overland: A Unique Family or Couple Road Trip