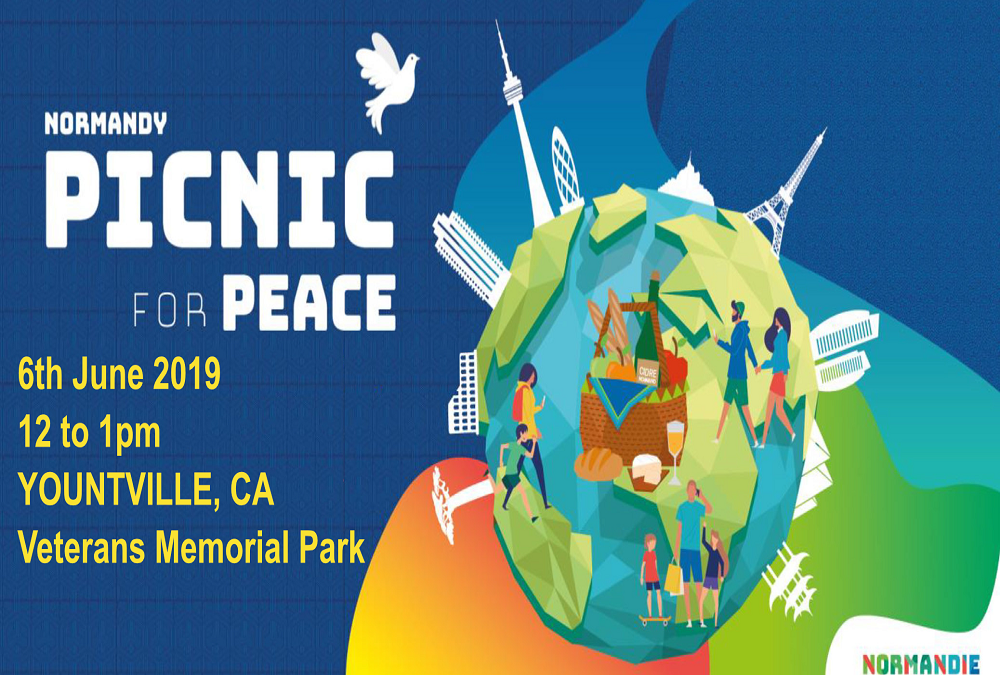 75 years ago, young American, Canadian, British as well as Australian and other soldiers were sent in their hundreds, sometimes thousands of kilometers from home. Let’s celebrate the 75th anniversary of D-DAY with Picnic for Peace in Yountville.

Their heroic acts allowed us all to reconquer peace and liberty. It is our role to make these values come to life: these are strong, positive values which speak to the whole world.

For the second successive year, Normandie Attractivité has been setting up, both in France and throughout the world, ‘Picnics for Peace’: a simple and open way of becoming part of the drive for peace, by sharing a picnic in work, between friends, or with your family.

Last year, the call went beyond the borders of France! Australia, Senegal, South Korea, Belgium, Germany… 250 ambassadors of the region from across the globe got together to share a Picnic for Peace.

On Thursday 6 June, Yountville, CA will become part of the list of cities hosting these moments of exchange, carrying a message of peace and liberty. For a few hours, without fanfare, ambassadors for the region will take part in the celebrations for the liberation at Veterans Memorial Park, at the same time as hundreds of other people dotted around the globe.

🇺🇸 You need to talk about it? Yesterday Daft