Our selection of French movies, with subtitles on Netflix 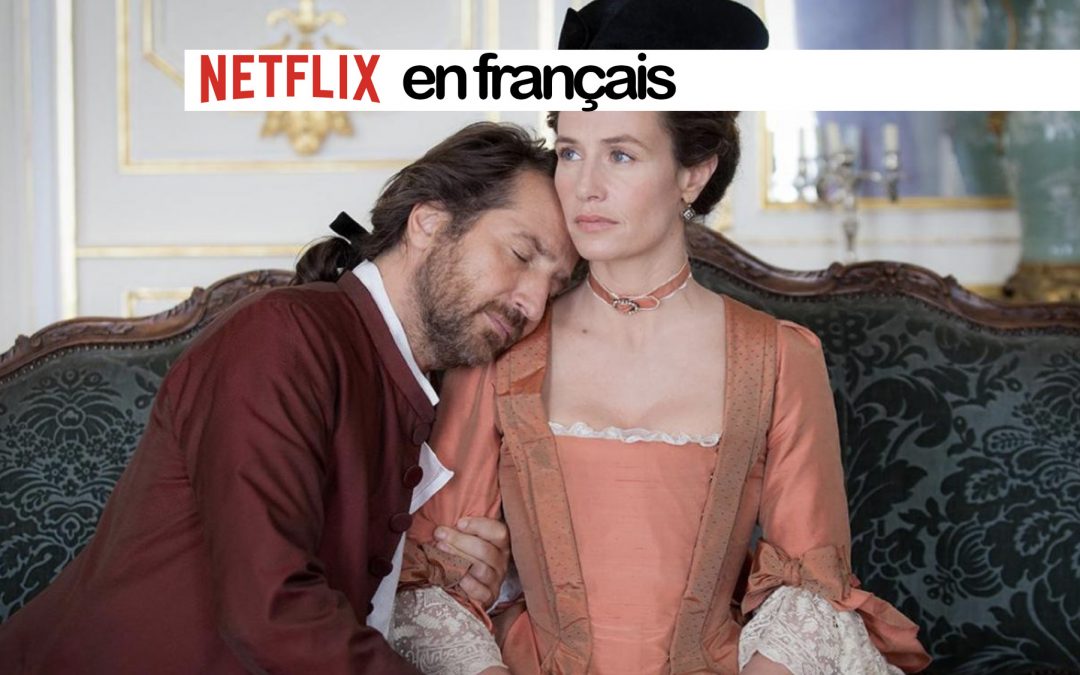 Lady J – 2018 – Emmanuel Mouret – Madame de La Pommeraye (Cécile de France), a young and pretty widow, who prides herself on having never been in love, ends up giving in to the tentatives of seduction of the Marquis des Arcis (Edouard Baer), considered a libertine. After a few happy years together, she discovers that he has gradually been tired of her. Broken and wounded in her pride, she begins to take revenge.
What begins like a delicate moment of debauchery ends in bitterness and revenge. Do not trust the aesthetics of the beginning.

Bad seeds – 2018 – Wael (Kheiron) a former street child, makes a living from small scams with his adoptive mother and partner-in-crime Monique (Catherine Deneuve). When this unconventional duo swindles the wrong guy, Victor (André Dussollier), an old acquaintance of Monique the whole picture changes. Victor is now in charge of a support organization for troubled teens, and they have no choice but to become his interim secretary and educator in order to redeem themselves.
Facing six willful kids determined to spoil all his efforts, Wael’s own personal story and inventive tricks become the key to gaining their trust – and he soon realizes that he too is given a chance to heal his past and find his place in society.

Nothing to hide – 2018 – Fred Cavayé – Everything starts in a cozy apartment where few couples regroup for a dinner over nice food and good wines. The ambiance is very relaxed, they even laugh at bad jokes shared around the table. It would all be nice and uneventful if they didn’t have the idea to share their smartphones, sms and phone calls, for the time of this dinner… sometimes, the truth hurts.

Standing Tall – 2015 – A tribute to the French social services, the film tells the story of a young man on a quest for meaning, trying to escape his family fate. Three great characters: Rod Paradot, who breaks into the French cinema, Catherine Deneuve, an attentive judge and Benoit Magimel, the compassionate educator.

Things to come – 2016 – Isabelle Huppert, magnificent as always, at the crossroads. An excellent film by Mia Hansen-Love, exploring in the manner of a documentary, a mature woman, ready to redefine her life and her choices.

My life of Zucchini –  2016 – Animated film testifying with sensitivity but realism too, of the life of a child raised in an orphanage. The sense of humor allows for taking in the subject’s difficulty and the script is breathing a wind of hope.

The workshop – 2017 – Laurent Cantet – Olivia (Marina Fois) a novelist from Paris, runs a writing workshop with a group of young unemployed people in La Ciotat, in the South of France. She is particularly intrigued by Antoine, a taciturn and not very sociable, young man. Antoine becomes the “black sheep” of the group. Olivia is intrigued by the character and starts searching his background until she discovers that he is immersing himself in extreme right-wing ideology. A relationship of attraction and repulsion starts and leads to a very uncomfortable situation. 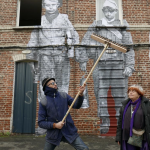 And if you have not seen it yet – Girl – Lukas Dhont.
Long, thin, blonde and graceful, Lara is undeniably a girl. However the title sells us the wick: she was born a boy.”Girl”, Lukas Dhont’ s moving Belgian film, explores Lara’s new life, embodied with extraordinary verisimilitude by Viktor Polster.Lara has just been admitted to a prestigious ballet school but she is also medically followed to transform her body into a woman. Supported by a benevolent entourage (a very understanding father, an encouraging ballet director, a respectful medical team…)Lara literally throws herself into the dance. The images revolve around her quivering silhouette… and then find her in the locker room, her feet in blood, her male morphology painfully hidden behind strips of tape. We think of the Little Mermaid and her sacrifices.The film ignores the usual clichés dealing with the subject. Everyone here knows Lara and her story. The purpose is not there.It shows rather the fight against an obtuse body. Not content to be in her eyes counterfeit, her body also resists her in her desire to achieve the status of dancer. She has to hide everything, drink as little as she can, lose weight, torture her feet… She walks as hard as she can until her two goals become obstacle for each other. Lara then opts for a radical solution.The style of a magical fluidity, in the Dardenne brothers steps, takes us from home to school, highlighting the ease of the protagonists (Belgians) to move from one language to another without thinking about it. A character trait Lara shares and supports the point.Camera d’Or in Cannes in 2018 and has won a handful of other prestigious awards, the film has sparked controversy in transgender circles, accused of being a danger to young people on the brink of a transition. But the author does not care to explain to the curious the vagaries of a gender problem. On the contrary, the echo of the film resounds and shows how we are all confronted to a body that resists us, disappoints us, alienates us, divides us.

Contest - Celebrate French language in the bay area with Bayard-Milan!
Q&A - Unemployment and Immigration
Confinement... the opportunity to rebuild a fairer society?
Happy Birthday French Bee... but where do you stand in the low-cost category?
Our selection for Father's Day - June 21st 2020
Calling all crafters! FabMo, a hidden treasure trove of fabrics

Beautiful day In San Francisco! Walking around the