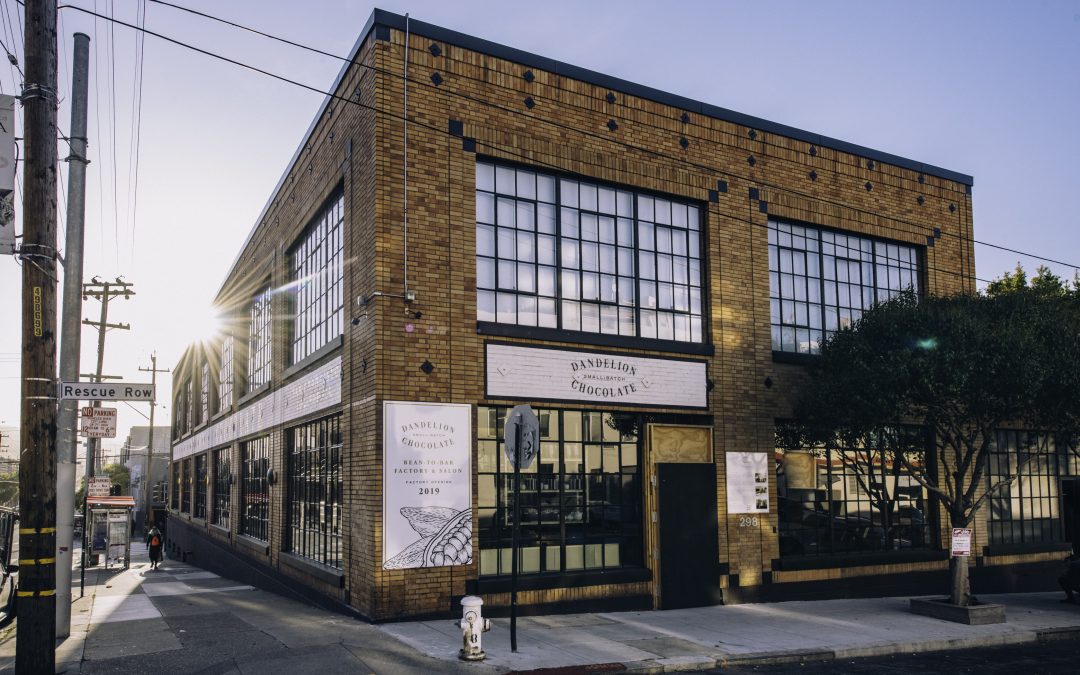 No need to introduce Dandelion Chocolate, this San Francisco chocolate factory that makes your senses come alive in Valencia every time you walk through the door.

Victims of their success, they open on Friday, April 19th a brand new space that will include a production unit, a café, an educational space to learn more about the making of this ultimate gluttony but also a “chocolate” Salon called Bloom, which will offer breakfast service and afternoon chocolate experiences such as chocolate and ice cream tastings.


This chocolate factory is a bit like the rest of San Francisco, it starts in the tech with two chocolate lovers who try to use only cacao beans and organic cane sugar… no other ingredients.
Successful bet, they opened their first shop in 2013 and are now distributed in 500 points of sale.

By using the most current technology and custom-built machines, Dandelion Chocolate’s new factory will be able to scale up and increase production by 10 times the output of their current Valencia Street factory, which will allow them to make up to 1.5 million bars per year.

The building alone is worth seeing because it is a beautiful renovation that highlights bricks, industrial structure and metal.

We’ll talk a little later about Bloom, the chocolate salon that will open in May but in the meantime, it’s the pastry chef, Lisa Vega previously at Gary Danko, Bouchon Bakery and received the Rising Star Award of the Bay Area in 2016, who will be in charge of the pastries served in the café area.

You do not know, but I know where I’ll go to indulge myself!