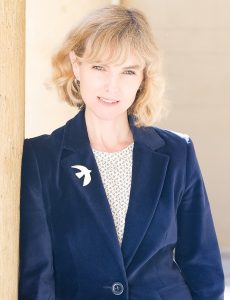 Meryem Alaoui burst into view with her debut novel published in August 2018, receiving both critical and public acclaim. La Vérité was the finalist of the Goncourt High School Students’ Prize and selected for several other prestigious awards, including the Goncourt Prize and the FNAC Prize. This is a collective portrait of prostitutes from the popular Casablanca Zevaco market of the Agadir street, centered on one of them, Jmiaa, with a strong character. Jmiaa faces the adversity of everyday life with determination and is not afraid to speak her mind.

A first-person narrative that takes us from Casablanca to San Francisco, the style borrows from Casablanca humor and the dialogues are refreshingly ironic. The language innovates by mixing French with Moroccan Arabic dialect (darija): “I thought in Arabic and it came out in French,” says Meryem Alaoui.

Marie-Pierre Ulloa calls them “The young ladies of Agadir”: Marie-Pierre Ulloa sees the novel of cubist inspiration, as a literary interpretation of the painting of Picasso, Les demoiselles d’Avignon (1907), deconstructing the image of the prostitutes of the Barcelona’s rue d’Avignon: just like Picasso’s women, those of Alaoui offer a frontal, unconventional and touching gaze. The podcast is in French.

Sabine de Maussion, Attached to Culture but not Exclusively…
Take-Out and Delivery - French Restaurants in San Francisco
French Theater in San Francisco - The incredible history of Jeanne and André Ferrier
Notre-Dame de Paris support concert with the participation of Notre-Dame organist, Johann Vexo
Opera - Dialogues of The Carmelites directed by Olivier Py
OFALycée, The choice of French remote learning for all the right reasons