Concert – Paris Combo is back at SFJazz 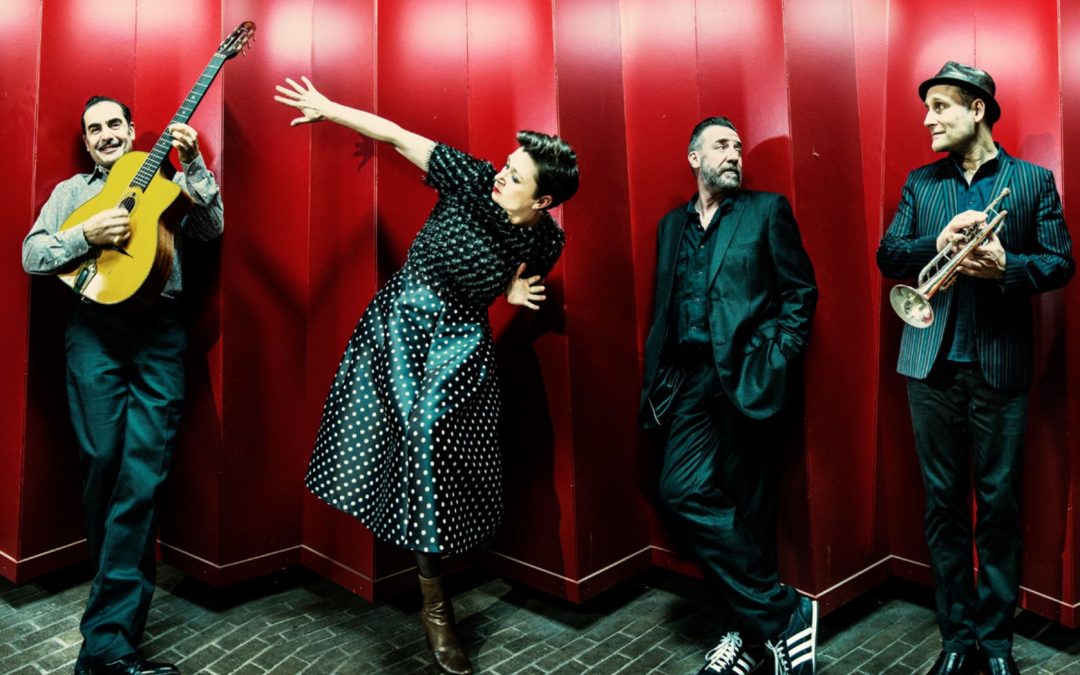 Six albums and two decades spent criss-crossing the globe, playing to enthusiastic audiences from Sydney to San Francisco and Berlin to Beijing, have enabled Paris Combo to create an international following with their unique, cosmopolitan sound.

Fronted by the charismatic vocals of chanteuse Belle du Berry, the combo have struck a chord with critics and audiences alike with their fun-loving mix of swinging gypsy jazz, cabaret, French pop and Latino and Middle Eastern rhythms. Venues and festivals where they have performed include the Olympia, le Grand Rex, la Cité de la Musique, Nice and Montréal Jazz Festivals, SF Jazz, the Hollywood Bowl and Melbourne Recital Centre…

Formed in the early 1990s, the group had its origin in the retro review Champêtres de Joie, which performed in the historic Berry Zèbre cinema in Paris’ Belleville district and collaborated with renowned choreographer Philippe Decouflé at the closing ceremony of the 1992 Winter Olympics in Albertville. They perform music from their upcoming album, the follow-up to 2017’s Tako Tsubo — an acclaimed session with all surreal humor, showmanship, and irresistible bounce that has come to define this entrancing quintet.

Conference at Berkeley with Philippe Étienne, Ambassador of France to the USA
SFFilm Festival - April 10-23, Francophone movies and more...
One65, a gastronomic space like no other, opens on May 16th!
Concert - Madeon DJ in Oakland at Second Sky festival
Exhibition: Gagosian presents Man Ray - The Mysteries of Château du Dé
Documentary - 16 Sunrises - the astronaut Thomas Pesquet in his 6 months journey around Earth